Even though tomorrow is Thanksgiving, I'm not going to fill this post with the usual bloat that is expected of me, like gratitude. Because why bother talking about what you're thankful for when you could bitch about having to hop from house to house to make everyone happy, even though you'd much rather be doing something else?

At the Herndon house, we don't go anywhere. Instead, we let anyone who wishes come to us. Usually, the types that don't have a better place to go. Sometimes those that definitely have a worse place to go first, and our house is the respite from their taxing day of eating at their respective families' houses, as an exercise in acting like they like each other whether or not they do. Some years it's one or two people. In other years it's a small handful. Traditionally, it's a time for us to crack wise on people who aren't in the room, drink good beverages, and debate whether we will be going for another round of mashed potatoes, except this time, I'll have a whiskey in my hand while I do.

Most people say not to mix family holidays and politics, but I say an old fashioned calls for bitters and sugar because together they really make something special if you stir it enough and if the portions are correct. But if you don't follow directions, it could end up causing a hangover instead.

So let's be mindful to do the holidays right. Don't take the advice of those who think surface relationships are better than real ones. Take the advice of someone you can trust, who happens to be me. Politics. Religion. Controversy in general. We all need to talk about these things, and it's far better to be a person with thoughts and feelings than an AI bot that's just going through the motions.

So let's go into this holiday, clear-headed and ready to spar, while also showing ourselves thankful that we can do so – by listening.

This year, we're already teed up for a healthy conversation with the recent elections (which include a number of races not yet finalized). So let's go with gusto, but let's not let the week go by without a Kari Lake joke or two because after all, she won't let it go either.

Of course, we're all thankful that we got through the election, even if by the skin of our teeth, but Kari Lake, who I believe had her campaign makeover done by Glamour Shots for $29.95, doesn't agree. In fact, she believes that, even though she lost by 17,428 votes, there must be 17,429 votes that were not counted – presumably all of them for her. Her investigation (and Glamour Shots membership) is ongoing.

To everyone else, election season is over, and we get to spend the rest of the year avoiding our families – or spending time with them if you are no longer running for office (unlike Kari Lake).

But that's enough Kari Lake jokes. Let's take a minute to talk about more important matters, like who ended up with control of Congress. The short answer is no one, but the less short but not very long one is Kevin McCarthy. With Democrats holding a slim majority in the Senate and possibly picking up a seat, pending whether Herschel Walker is caught having another kid or not, the Democrats will continue to enjoy the gridlock they have had over the last two years. In the House, the majority is ceded to the Republicans, and McCarthy holds the gavel (likely with two hands, considering how hard he's fought to get it and keep it), and as we've seen recently with Joe Manchin in the Senate, holding the tie-breaker votes can be as good as being in charge. McCarthy has both in his stead.

Republicans, with their sliver majority, are thankful that they now have time to focus on the business of governing, which of course means bringing investigations against The Biden administration. The first order of business is to reboot the Hunter Biden investigation, the non-President, along with his famous laptop. This happens to be the easiest path to target the actual President, his dad. But Joe Biden, who's hardly a laptop expert would more likely call the Whitehouse IT department to reboot his own laptop – which I've heard is just a notebook made of actual paper, which opens to a drawing of a keyboard (Sorry, he's still getting used to this newfangled technology. We're trying to make it easy for him).

The Republicans have a number of other investigations planned, occasionally invoking the word "impeachment" – if for PR or planning, who knows? Of course, if you can't oust a liar for criminal activity, presumably it is difficult to oust a grandpa for taking too long to finish a sentence or even for having a son who may have done questionable business deals.

So while President Biden's pretend laptop may not be the subject of the investigation, The President is. The Republicans are going to investigate their partisan disputes while ignoring mounting evidence against their party boss. And the hope is that these investigations take a lot of time.

This is the downfall of a two-party system, and the same phenomenon is at play in your Thanksgiving tour of avoiding conflict. In two-party politics, you're either winning, or you're losing. And if all else fails, you're assuring there is gridlock. The focus is on campaigning, and winning majorities where any one legislator added to the docket means very little for results after a majority is achieved. The real issues can't be discussed, and those who aren't on your side are iced out.

There are plenty of arguments for and against two-party systems, and I can't say that I don't find merit in them both when presented with competence. But one thing is true, the public has an increasing sense of frustration with the two-party system. To put it lightly, we all think the people in the other party are trash people (a polite way of saying assholes who are trying to destroy democracy, take our guns and our uteruses and let small children in need of healthcare rot in the streets).

Meanwhile, both parties are trying to win some group of people known as independents, which might be you and me, but since we're not allowed to talk about politics or any other issue that matters, we wouldn't know. So we vote on one side or the other. And because of that, voting is broken.

Maybe ranked-choice voting is the solution. Because after all, it was clearly a way for Sarah Palin to lose an election in Alaska, which means its working. (And actually, she also lost because she's a nerd, but that hasn't always been a deal breaker, even for her). Ranked-choice voting allows candidates to be chosen based on something other than being the lesser of two evils, but rather a descending order of evils, with the least evil on top and the most on the bottom, with everyone else in between.

Sounds much better, if you ask me. Fair Vote would argue that ranked-choice voting better represents the views of the voters by increasing the chance that someone you like ends up in office, even if they weren't your first choice, at least they were your second. Statistically speaking of course.

But as humans, we tend to gravitate towards binary choices. We like to have a single Heaven to choose from and a single Hell to see our enemies cast into. We want green bean casserole to be gross or incredible. But we forget to ask who's making it first, whether they used canned green beans or fresh, and if they used enough salt, or figured out how to get that perfect crunch on the stuff sprinkled on top that I've never really figured out what it was made of.

As humans, we want to know what domesticated animal we like best and why is it dogs, but life is not that simple, and neither are any of us (again, with the exception of Kari Lake).

So as we enter into Thanksgiving, let's remember that our family members are just as nuanced as we are. It's okay to have a conversation about politics if you agree to hear each other. It's okay to take a moment to understand each other's differing views about religion if you can respect that there is a lot you do not know. It's actually not okay to use that scratchy blanket when you take a nap after a large meal at grandma's house. That blanket sucks and should have been replaced a long time ago, but it's her's and she likes it, and that's okay.

So I recommend you take this Thanksgiving week and bring curiosity instead of contempt. So while you are spending time with your family around a large turkey, perhaps a vegan turkey if you must, you should be willing to listen to that opposing point of view of a loved one, if you feel safe enough, maybe even give your weird uncle a listen, since you have to sit next to him anyway. If you listen, without being defensive, maybe your point of view will change.

And maybe theirs will too.

And a special gift for each one of you. It's this week's news.

Orange is the New Black 2024. Plus, a contributing author and more in this week's news. 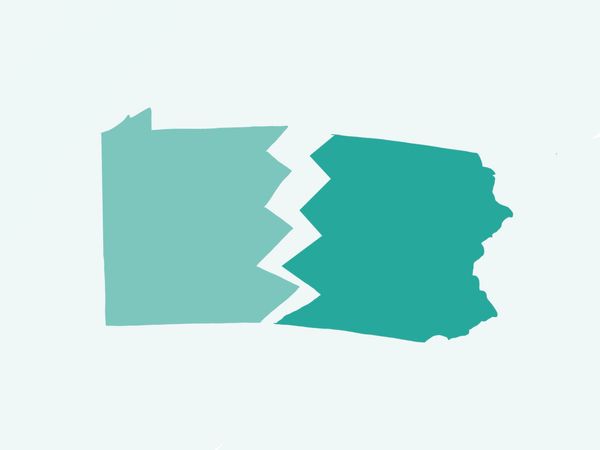 No matter how attractive you are (as a voter) if you’re not in one of 12 states, you may never see a Presidential candidate.