Natural disasters are most devastating for the poor, but it doesn't end there.

About 13 years ago, I was on a business trip to New Orleans, Louisiana. The evening before our meetings, my team and I wandered the streets of New Orleans, checking out the area. It was three years after Hurricane Katrina. As it turns out, it had been about 3 years since I had last been there, by happenstance just as Hurricane Rita made landfall two weeks after Katrina hit the same area.

The streets were dirty, as always, but this time there was a noticeable dinge on the buildings which displayed the water level from the incoming floods after the levees broke. Buildings in some cases were still boarded up, or windows missing. Those buildings which were intact had noticeable damage to the facade, showcasing the beating they had endured.

As we walked the neighborhood, we crossed paths with a local that we greeted. He was in his 60s, a black man, walking with a crutch. In his face, he looked tired, but friendly. We asked him where was a good place to eat that was not for tourists, but a place locals would eat. He suggested a run down pub just around the corner. I asked him if I could buy him dinner.

He joined us at his chosen restaurant. We sat, enjoying a meal, and a beer or two, as we asked him to tell us his story. He spoke of Katrina as though she was a ghost that haunted the city. I asked him about the recovery.

“It’s still hard. In many ways we have never recovered.” He stared out the window, nursing his last bite from his burger. His weaker leg, stretched out at length. “You know, a lot of people don’t have steady jobs still, and some of us have been struggling.” He talked about local ethnic groups that were in many cases on hard times to begin with, and now facing more setbacks.

The Associated Press published an article telling the story of Robert Owens, who found himself stranded in his own city this past week, waiting on Hurricane Ida to make landfall as he watched scores of cars evacuate the city. “Our bank account is empty – we can’t afford to leave,” he said. He described his low income neighborhood and the many residents who were in the same predicament as him.

Due to loss of homes and personal property, even jobs, the poor might be impacted more than most. In many cases they might lack the financial means to wait out the storm safely. In addition, poor people are more likely to lack a social network to rely on for a place of escape from the storm. Recovery is an even bigger investment beyond their normal expenses.

The Brookings Institute did an analysis of New Orleans ten years after the Hurricane, and showed the poverty rates remained the same, although the numbers went down because of a reduction in population across the board. Markedly, some neighborhoods that were impacted the worst were neighborhoods that had a concentration of families with incomes below the poverty line. The silver lining in their analysis (the linked report is from about 6 years ago) is that poverty rates have improved in certain neighborhoods, which benefits the city's stats to a degree, but this is only with displacement of population, increasing poverty in other surrounding areas.

Hurricane Ida is not only a disaster for the poor and the local economy, it is an economic disaster for America. Axios explains that the economic impact of Hurricane Ida is estimated to cause a O.2% drag on GDP. They also note that futures for natural gas as is used for providing electricity have gone up, potentially increasing the cost of energy. The good news is that it seems that Hurricane Ida so far has been much less deadly and less costly than Katrina, in spite of being a similar and perhaps stronger storm. This means that investments in readiness for this storm paid off, even if only as a response to significant loss.

The point I want you to consider is this. Storms are getting worse, and the facts show it is objectively clear that storms including hurricanes are worsening because of climate change.

Climate change is probably the most expensive thing to address in our lifetime. It’s also the most expensive mistake we could make to ignore it. We owe it to our less economically fortunate neighbors. Poverty isn’t just bad for the poor though. It’s bad for all of us, considering its impact on the economy.

We need to hear what you think. 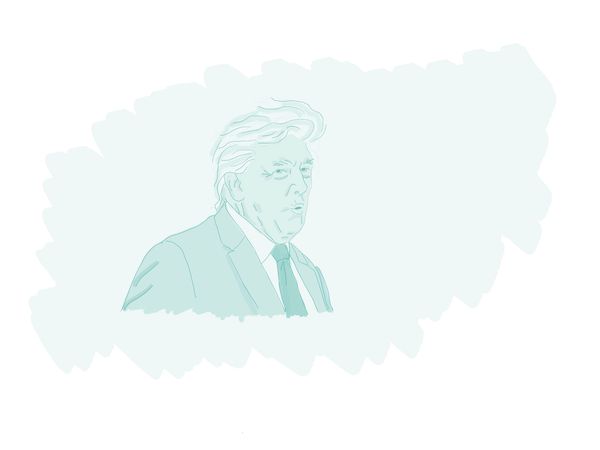 Explosive news and another issue of Ask TLI.

Members only
Hey friends, Good morning to everyone except for Donald Trump's legal team. I've got a lot of news for you this week, so I'm going to have to refrain from sharing the latest suburban tropes about lawncare or run-ins with HOAs. Obviously, those things are important, but we have other

Generational Change is Changing America. As a result of generational shifts, the world may be facing a new challenge that we haven't previously encountered, and it is reshaping American life. It's a new Serial from The Lorem Ipsum.